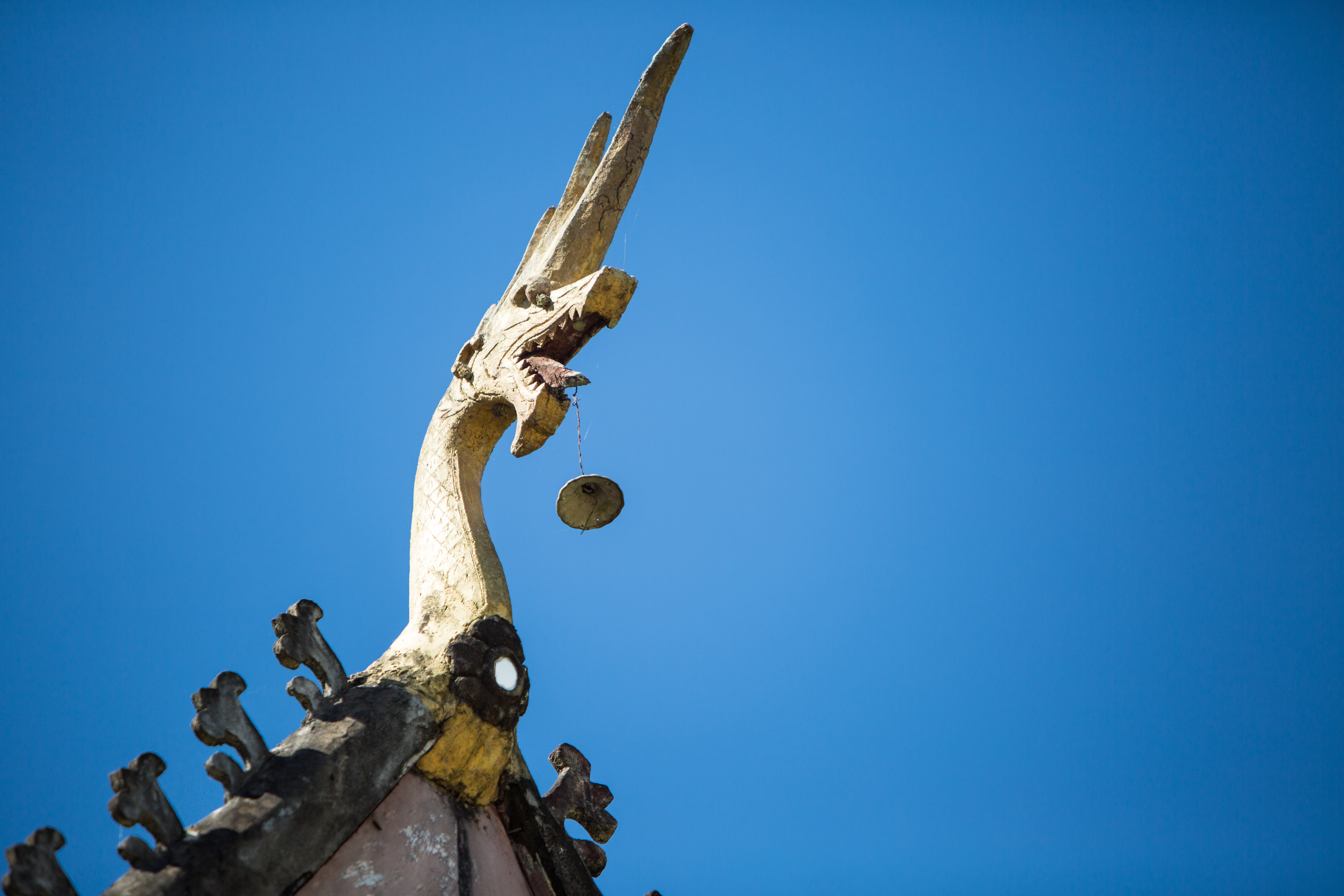 The Hmongs are an ethnic group originally from the Yellow River region of China. Over the last centuries the Hmong people have migrated to mountainous regions of China, Vietnam, Laos, Myanmar and also Thailand. To this day, they maintain a strong community culture and a traditional way of life. This Hmong people are mainly animist and shamanist. Today there are more than 4 million Hmong people in the world. In Laos there is an estimated 600 000 Hmong people that live mainly in the northers regions of the country.

The Hmongs follow animism as their religion and most believe in shamans. Hmong people also have their own New Year, which is different from the universal New Year on 1st of January and from the Lao New Year in mid-April. According to their calendar, New Year is at the end of December-beginning of January, depending on the moon. For this very special occasion, huge celebrations, fairs and parties are organized.

Historically, the Hmong New Year celebration was created to give thanks to the ancestors and spirits as well as to welcome in a new beginning. It is also a time of the year where Hmong people gather with family and meet with relatives from other regions. 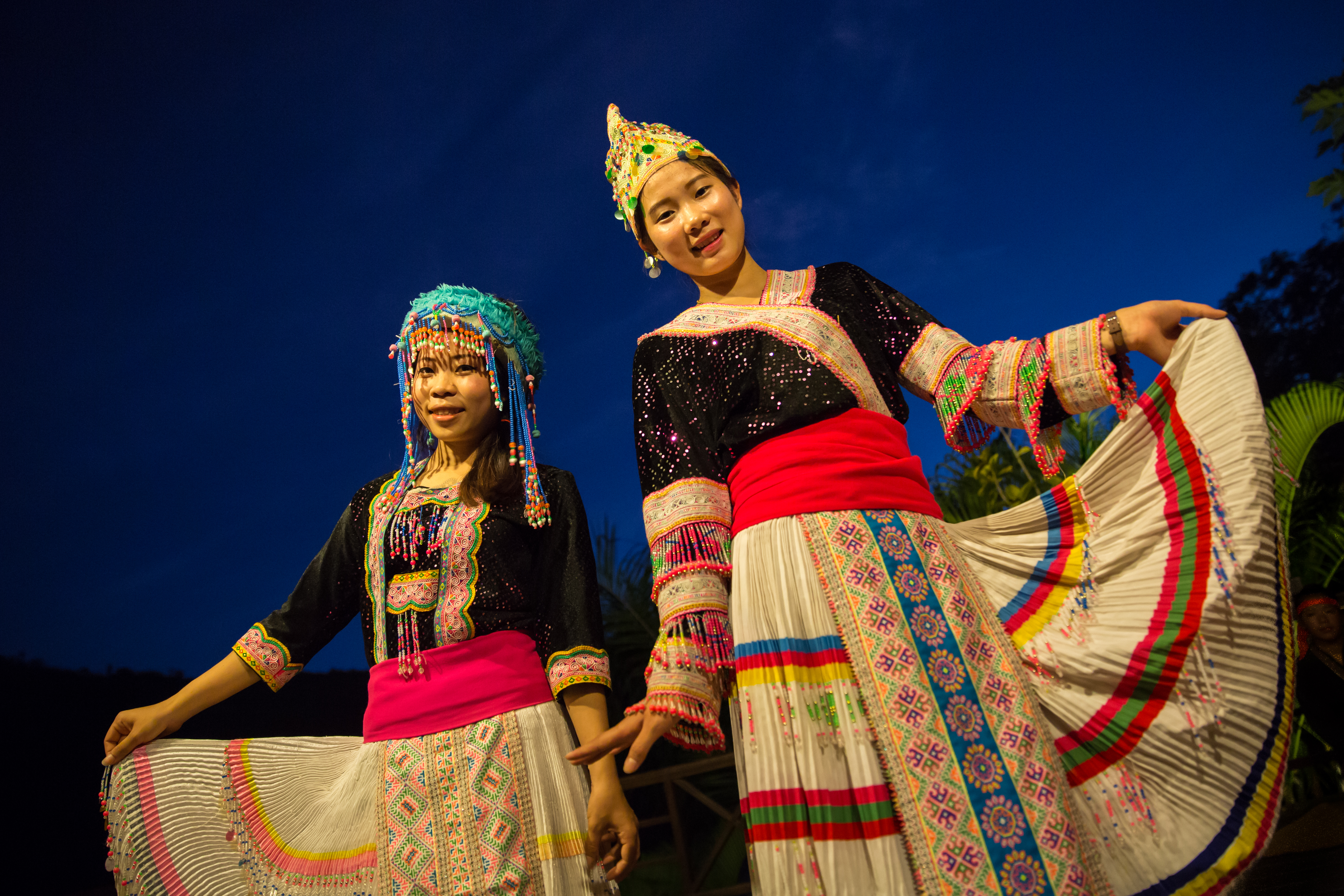 Hmong clothing is usually consists of a black or dark indigo jacket with a lot of sewed pearls and other colorful embroidered decorations. Ladies have a long colorful embroided skirts with an apron at the front. Men wear black decorated pants.

A big satin hat full of pearls and colors usually completes the outfit. 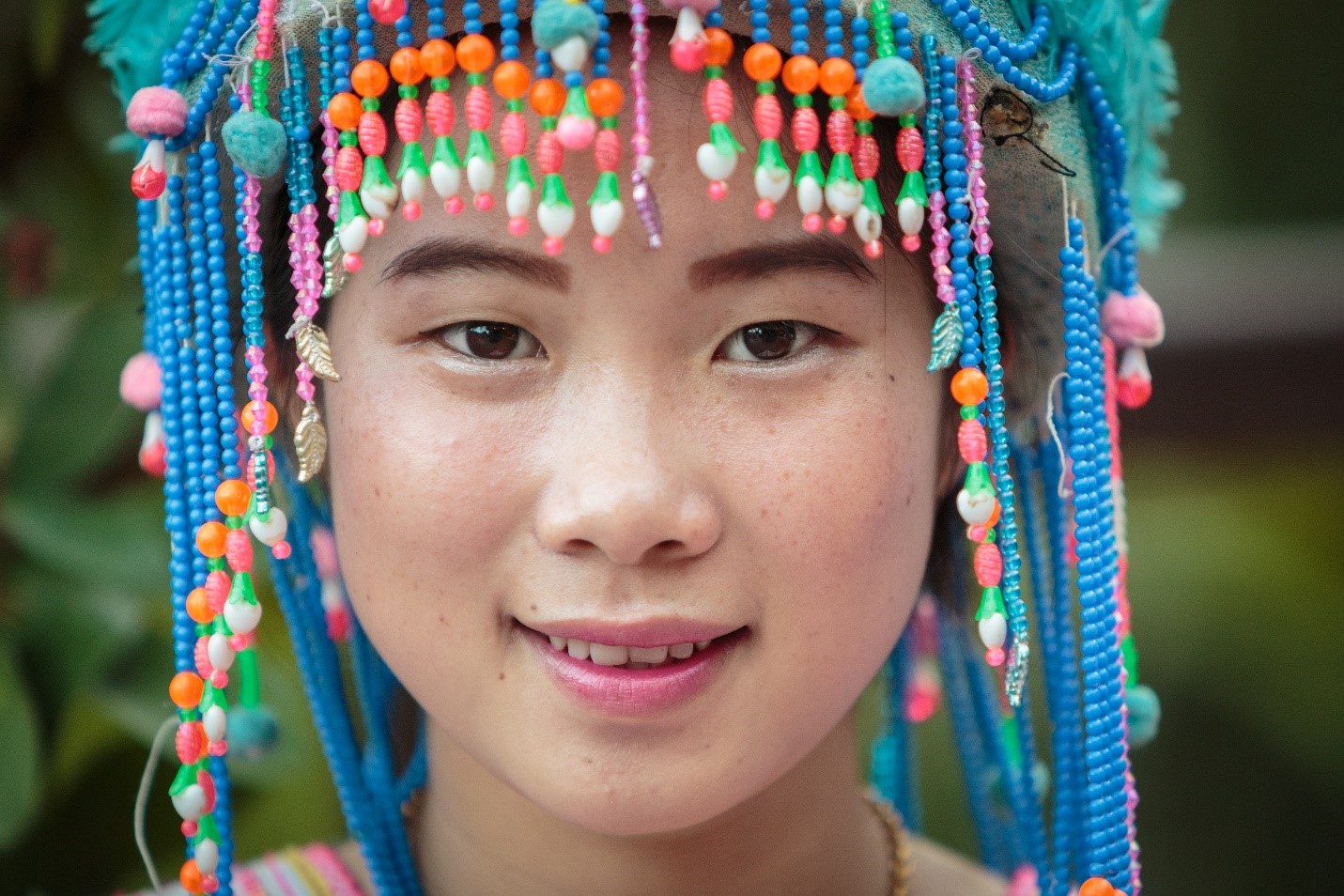 Ball tossing is a popular activity for teenagers. Boys and girls are facing each other in two parallel lines. Adolescents toss a small ball to their friends in the opposite line while going back and forth, until someone drops the ball. This traditional game is a way for young Hmong to show affection to the ones they like or love. 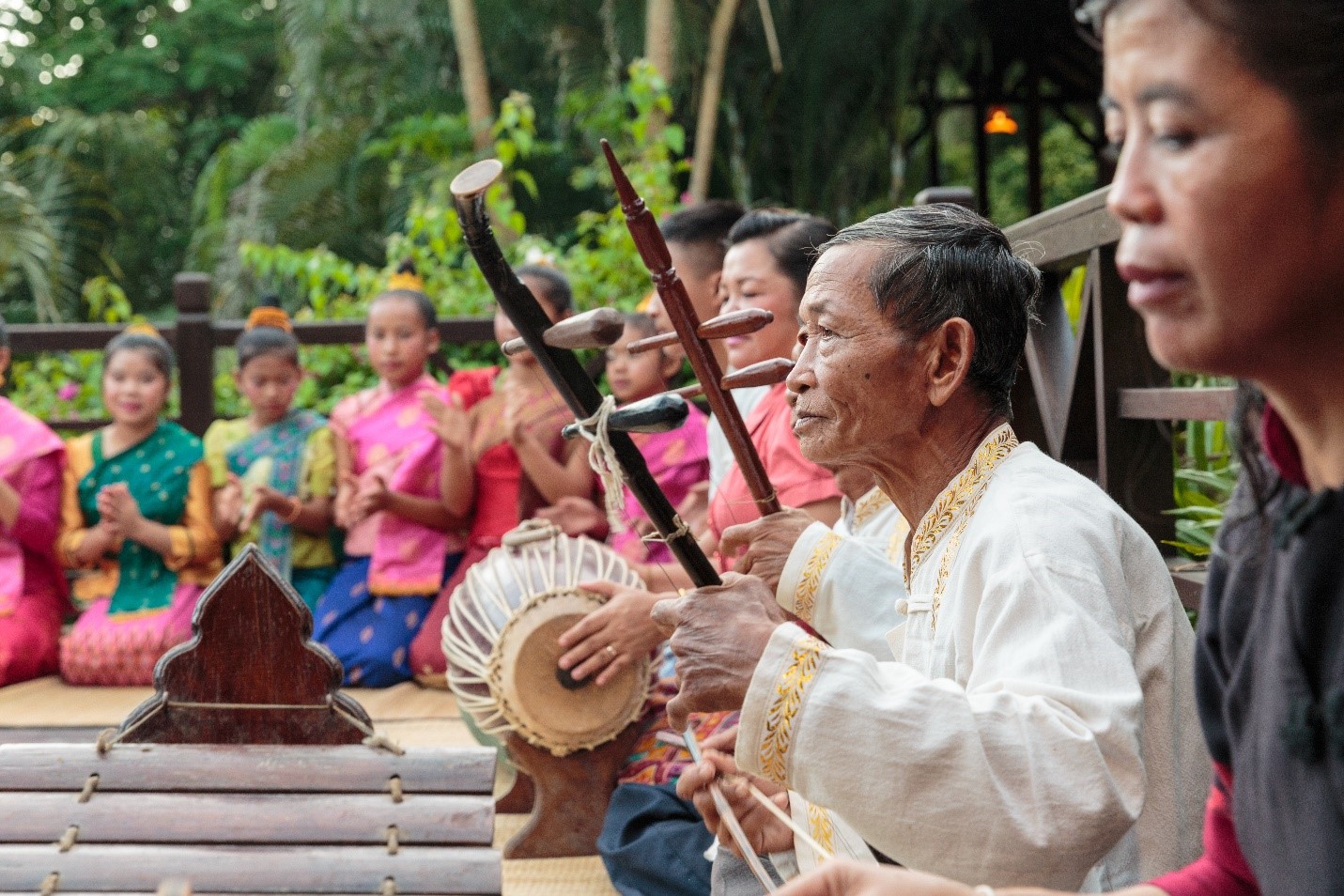 Music is a key part of the Hmong culture. Heritage songs relate to their history and culture. Music is everywhere in Hmong life and also played at weddings, birthdays or funerals.

Hmong ancient songs are performed using traditional musical instruments. The most popular are flutes such as the Raj and percussion instruments.

In the present day, one of the most popular activities during Hmong New Year is karaoke. Visiting a Hmong New Year celebration you can hear a mix of traditional Hmong songs and modern Asian pop music. 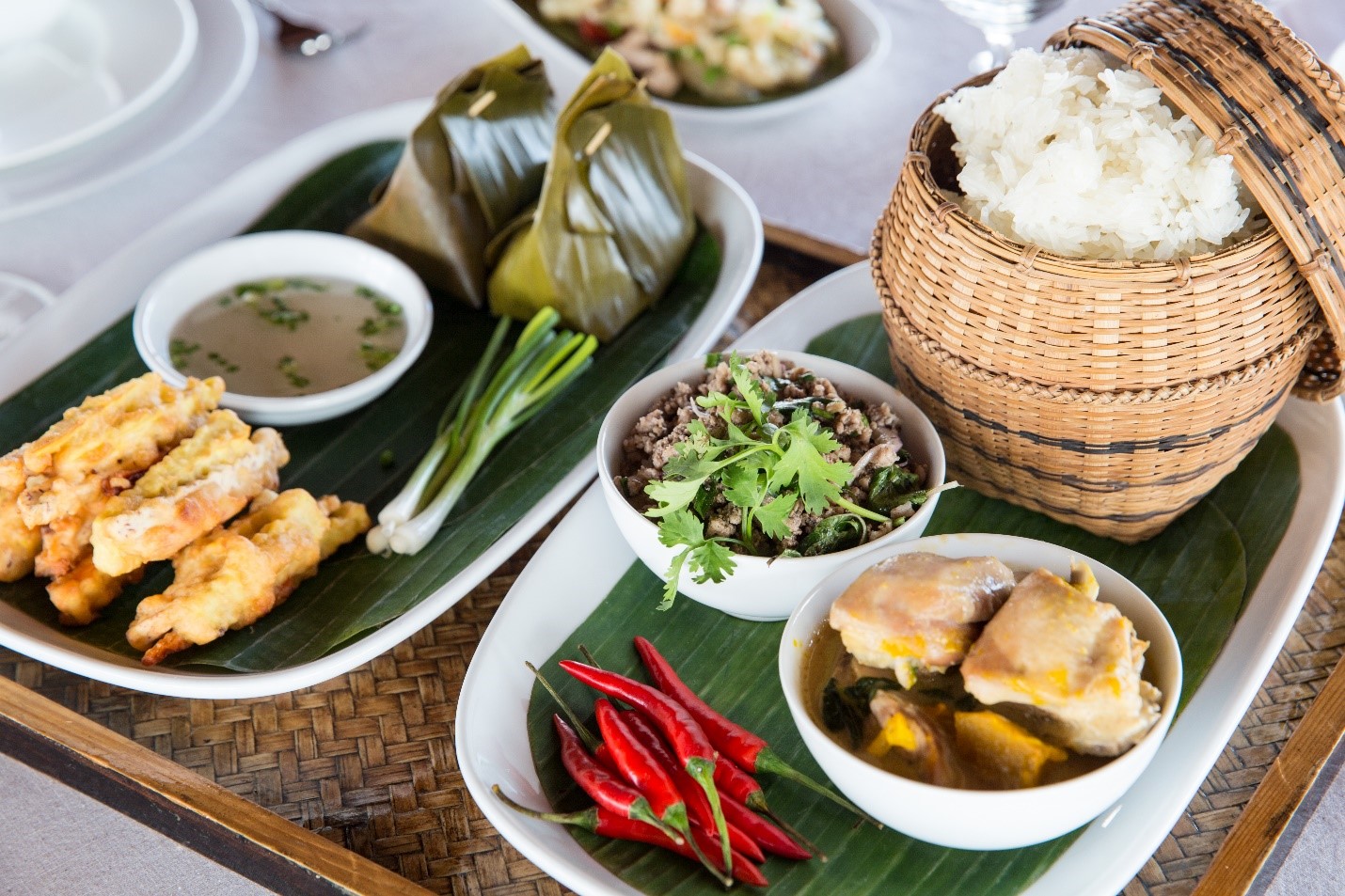 The basics of Hmong food is rice, either steam or sticky rice. Local and seasonal stir fried vegetables.

During New Year, there are an abundance of food stands. You can find fish steamed in banana leaves, salapaos (puffs stuffed with minced meat vegetables and egg), laap (minced meat or fish with herbs with rice), noodle soup with chicken legs and lots of barbequed food.